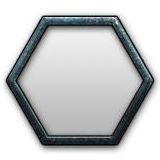 Kickstarter is proving that a lot of genres long forgotten and somewhat starved in the current space of gaming are still very much loved, one particular example of recent is for the turn based strategy, which whilst still in existence isn’t providing all that the fans want.

This is where Battle Worlds: Kronos comes in, a classic turn-based strategy from KING art games that brought us the brilliant The Book of Unwritten Tales. Kronos takes its cues from the likes of Battle Isle or Advance Wars, taking the classic turn-based strategy to the present day, featuring a lot of factors that many strategies neglect to include or generally push out of the limelight.

The Single Player Campaign is made up of two different factions the ‘Yerla’ and the ‘Rebels’ making up over 30 hours of gameplay with the promise of clever AI that will consider gameplay on various tactical and strategic levels challenging even the most experienced of commanders.

Of course one of the highlights of a good turn-based strategy is the multiplayer, and Battle Worlds: Kronos allows asynchronous multiplayer that will let players take their turns, transfer it to the server and await their enemy to make their moves. PBEM has not truly been embraced for a long time now, and with the promise of a system that will work fluidly with the game there’s no bigger allure for the game, well except for the fact that it also offers real-time and hot seat battling.

That’s not all though, and KING art will support the community with forums, a matchmaking system, a game ladder system, recurring tournaments, and the ability to create maps in the provided editor.

KING art were looking for $120,000 to fund the game, however they’ve hit their targets with resounding success and are now focusing on their planned stretch goals that will provide more content, Android and iPad support and a possible addon.

Pledges ranging from $20 all the way up to $2,500 will secure you a copy of this very promising strategy.