The 120th war of succession is in effect, and the world of Kronos is in need of an Emperor, can you beat the competition in this turn based strategy that both looks and feels like a wholly different kettle of fish to your standard TBS? This may be surprising for most games, but Battle Worlds: Kronos is a Kickstarter project coming from a company that surprisingly have never made a game in the genre before, please say hello to Battle Worlds: Kronos.

In the world of Kronos their traditions are not particularly peaceful, and the war they are currently in three houses vie for the spot of Emperor, so it's a pretty important war. At the very start of the game you assume the role of Commander of the House of Telit, Telit are an elite high-tech army, so expect the best-of-the-best, unsurprisingly they are also currently in the lead, or so they would like to think. 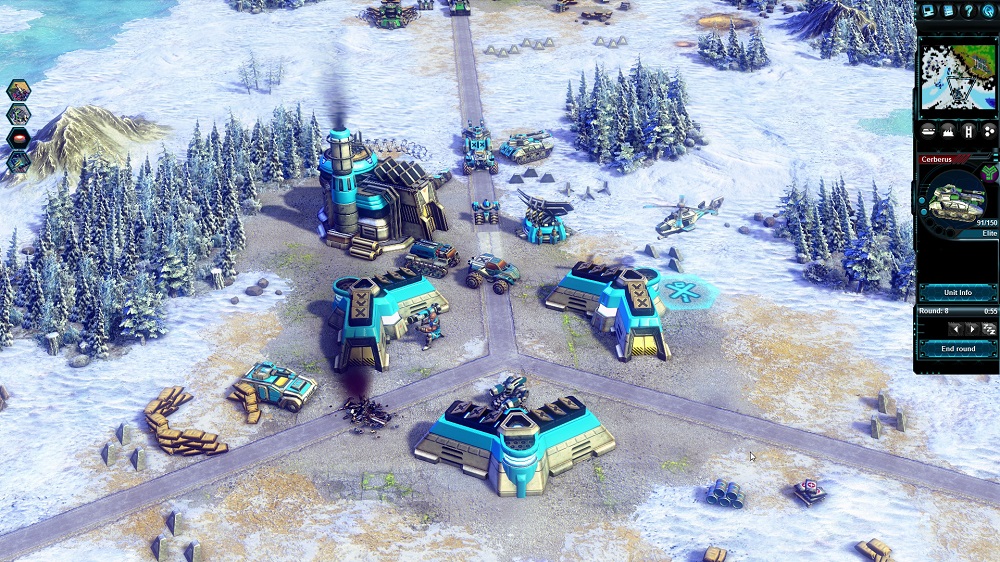 Now the action system in Battle Worlds: Kronos is not afraid to be different to the mould of the standard Turn Based Strategy, rather than be given action or movement points each unit is assigned two actions, these can be movement, attack or joker. Using your movement action will allow you to travel the full distance possible from the unit, attack obviously allows you to attack anyone in range, and joker allows you to do whichever of the two you see fit in your current situation.

So coming from another game to Battle Worlds: Kronos is very odd in this respect, and actually requires the seasoned strategist to completely turn around any standard actions they would take, most jarring of all is your movement action; it doesn't sound too different, but if you move half of a unit's full range, you won't ever be able to travel the rest of the distance as you can't then move again, there is no half measures, everything is on or off, you move, and that's it, its all very digital and very difficult to adapt to, especially if you're a fan of scouting out your surroundings, which more than a few missions requires, so get ready to adapt.

The game itself is very mission based, and thanks to a lack of base building nothing ever feels too samey, you are never going through the motions of setting up base camp, instead every mission is a bit of a mini adventure. There's no resource harvesting either, and the only thing you do have to worry about is your supply of ammo, because each unit can only carry so much. This small bit of management means you'll certainly become a lot more frugal in terms of who you shoot at, this is a great companion to the games combat system that sees certain units have definitive advantages over others, so you really need to make sure to take enemies out with the least ammo possible by using the most effective units, after all it can mean the difference between four ammo units lost. 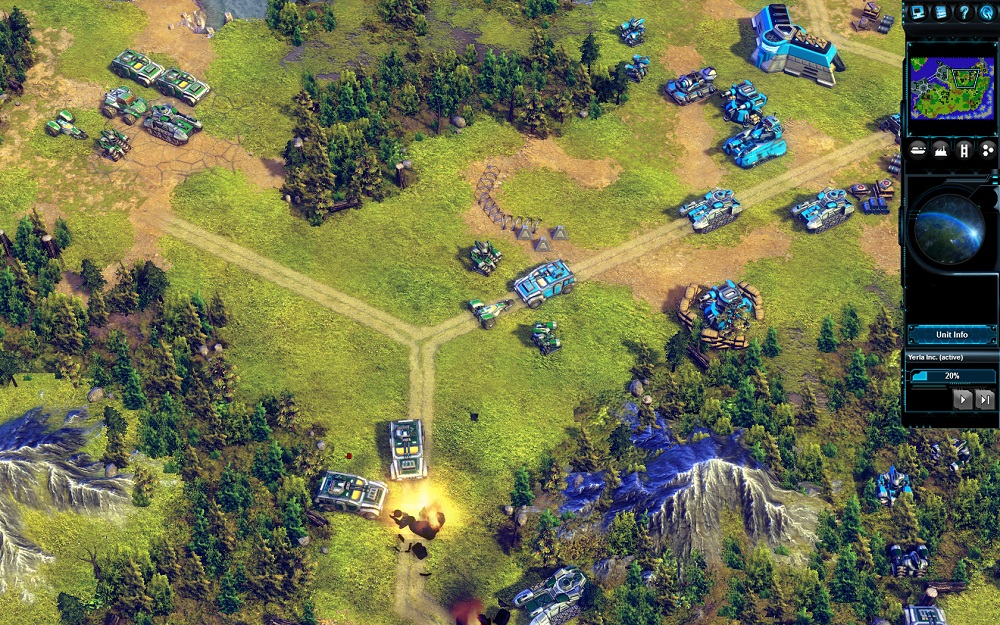 Whilst you command the House of Telit you'll find that you don't often come across your average walking cannon fodder, everything is vehicular, literally; so you're in no way limited in your choice; with a range of standard ground infantry robots all the way up to heavily armoured tanks and anti-air guns you'll have a lot of different units to play around with, and thats not even including the hovercrafts, scout boats, battleships or warplanes, bombers, even survelliance drones! You'll have your hands full, and whilst it can be a little daunting at first you begin to get into the swing of things, just praise KING art Games for including an idle unit button.

One of my favourite aspects of the game is its levelling system which rewards units on an individual basis for their prowess in battle, take down enough units and you'll be rewarded with a selection of different upgrades that could instantly heal your unit, increase your firepower or even improve your range of fire to the point that you can shoot down units in the air, it's very satisfying to get a real reward for keeping your units in battle but safe enough to continue to survive.

Battle Worlds: Kronos is as traditional a genre as you can get, but the developers at KING art Games are not your stereotypical strategy developers, their previous games like The Book of Unwritten Tales are bright, colourful and even stand out from the flamboyant genre of the adventure game, and so Battle Worlds: Kronos is equally as bright, colourful and very different to your standard dank, and dark strategies. However one thing that stands out from the colourful nature of the game is the cutscenes, that's right, you've seen the game, but there's highly polished 3D animated cutscenes with very dark, very muted colours which is very different to the game itself, thankfully they're very nicely put together, so it doesn't matter too much that they seem a little out of place, but whenever I watched one, I sort of longed for some of that beautifully green grass! 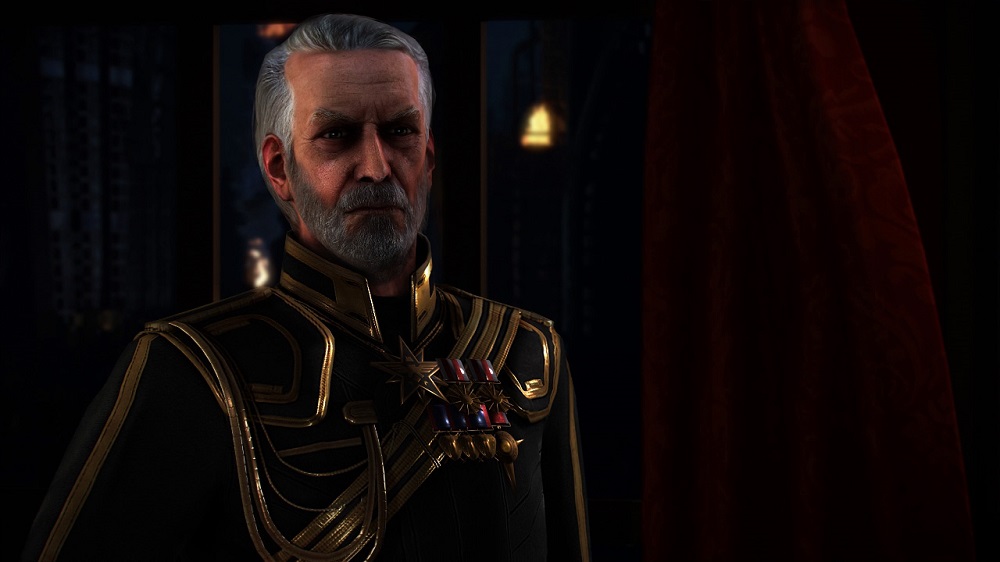 As well as a lengthy Telit house campaign, the game also features a campaign from the side of the Rebels and a small selection of official and a couple of unofficial skirmish maps where you can play against an AI opponent, however these maps aren't randomised, which really means you can only stomach them so many times before they get a bit stale, but that's what multiplayer is for!

Battle Worlds: Kronos wants to make the game as accessible to all as possible, which is why a browser version of the multiplayer game is on its way, allowing players to pick up their battle wherever and whenever they like thanks to the charm of asynchronous play which instils the feeling of play-by-email, heck you can even enjoy a bit of hotseat gaming if that's your sort of thing. Of course like any great turn based strategy a game with another human player could last ten minutes or ten days, you just need to pick the right opponent, of which there is a pretty decent amount in play.

Battle Worlds: Kronos is the turn based strategy game that you've overlooked and need to definitely give your time, its movement and action systems may be a little different from what you're used to, but thanks to it's simplicity, investing levelling system and that every mission is a mini adventure you can't help but fall in love with its individuality and wonderfully bold look, it did everything right that Advance Wars managed back on the Game Boy Advance.

Battle Worlds: Kronos is available now for Windows PC, Mac and Linux from the KING Art website for $29.95.