Good News collecting fans, Warner Bros. Interactive Entertainment and DC Entertainment have unveiled details and images for a Collector’s Edition of Batman: Arkham City! Rumors had been circulating the internet, but now it is officially confirmed.

The Collector’s Edition will be available in limited quantities on release this Autumn. Available for Xbox 360, Playstation 3 and Windows it will include: 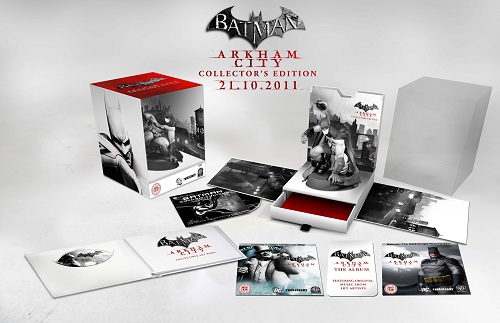 The Collector’s Edition of Batman: Arkham Asylum will be available October 21st, fans of the game will find this very appealing Kotobukiya statue far more pleasing than Arkham Asylum’s poor Batarang. Although the collectible art book may not please all, the appearance of a Collector’s Edition for this highly anticipated sequel will be fantastic, and we can't wait to get our hands on it.