I'm going to keep this brief, because I'd like to believe the quicker this review is out there, perhaps the sooner the finale of the series will be released, and boy has it been set up for one hell of a finale. Despite crossing multiple timelines, Marty just cannot catch a break, just when you think everything is going your way, a spanner is thrown into the works and before you know it, your past, present and future are in jeopardy. 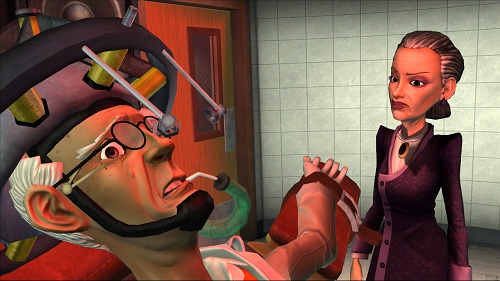 If you've not been following the series, episode 1 took Marty back to 1931 where he had to clear Doc of an Arson trial, this endangered Marty's Grandfather, which he had to go back into episode 2 to save, episode 3 wowed us with a spectacular dystopian present for 1986 which was the result of Marty's meddling in 1931, in episode 4 Marty tries to right this wrong, which goes horribly wrong, and ends in the possible complete eradication of the present as he knows it.

The episode again feels quite short, and is but a snippet of a much larger experience that adds to the Back to the Future universe, expanding it in a way that would not be possible in film, not to mention, nowhere near as entertaining. No matter how short an episode is, Telltale Games are masters at making you forget the trivial matters such as length, and compensate by ensuring that the last thing that you remember about the latest episode is the devastating cliff-hanger that they put at the end of everyone. 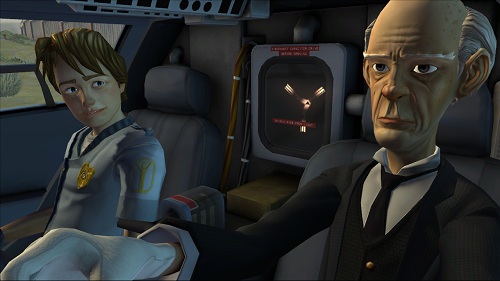 The later half of the two halves is possibly the most fun; breaking out of a ‘prison’ is pretty good, especially when you get a little more stealthy action in the episode, however convincing Edna that Doc is a womanizing degenerate slob is quite a task, and extremely rewarding. As always the episode is full of intuitive puzzles, cracking dialogue, and the best Michael J. Fox voice actor since the actor himself. 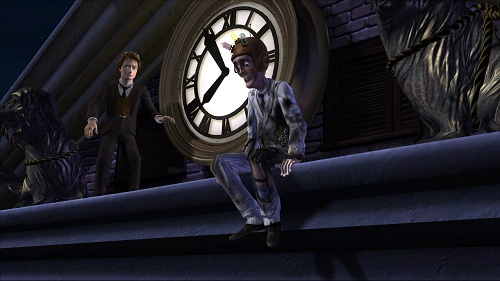 Double Visions is the penultimate episode in one of the finest series' that Telltale have made to date, whilst Edna may not be everyone's favourite Telltale branded character, the stir that she has put on the Back to the Future universe is catastrophic, and the last episode looks to be epic in proportions.

Back to the Future episode 4: Double Visions is available now to all those that have bought the Back to the Future The Game series, if you haven't purchased the series, then you can do so now for the low price of $24.99, as little as $5, which is practically £15 for the whole series.