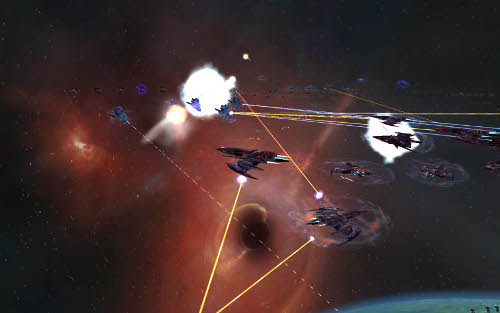 Armada 2526 continues the tradition of space opera games, asking you to guide your race from its first interstellar journeys up till your blossoming as a galactic empire, brought to you by Shining Pixel Studios led by Bob Smith, who has been making strategy titles for over 20 years. Armada 2526 provides a game that can be finished in a reasonable time, so don’t go getting ready for the epic matches of Civilisation, and emphasises battle and strategy over economic micro-management.

There are two sections to Armada 2526, the Star Map which is where you run your empire; manage your colonies, deploy fleets, do research and conduct diplomacy, all achieved through a turn based system. However once you are engaged in battle, you can fight it out in a real-time 3D system that pairs the beauty and the visceral carnage of space combat.

Armada 2526 promises many features to distinguish it from the crowd of real time strategy, including customisable map sizes and number of players, allowing you to construct tight 2 player confrontations or huge galaxies with 50 or more players all thanks to the map designer included with the game. 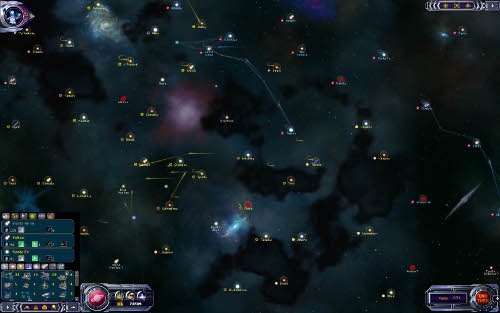 The game will contain twelve animated alien races to play and battle against, and the ability to take part in ground combat while ship combat rages on overhead, and with more than a hundred ships, all beautifully crafted, there isn’t much that Armada 2526 doesn’t have, let’s hope it is as great as the game sounds.

For information on the races that Armada 2526 will contain, keep a close eye on the Iceberg Interactive website where they are unveiling a race each day, with the alien race of the Qa Qa and the inevitable Humans, there is still another 10 races left to be announced for this appealing strategy title.

Armada 2526 will be rocketing its way to UK stores June 25th where it will be available exclusively for Windows.