Welcome to Armada 2526, the newest 4X strategy game to hit European shelves, similar to Master of Orion and Galactic Civilizations, you can command huge fleets of ships to victory while also managing colonies on a grander scale, created by ex-Creative Assembly designer Bob Smith at his newly formed Ntronium Gmaes. Armada 2526 just goes to show that you do not need a huge studio to make an engaging and respectable 4X strategy title. 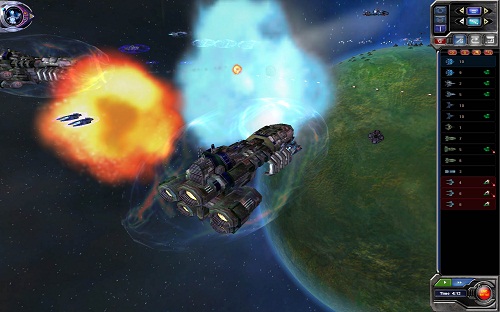 One of the best goals that Bob Smith set out when developing Armada 2526 was that the gameplay would always come first, and the graphics are merely secondary to the main objective of the title; to make a game that appealed to hard-core strategy fans, rather than focus on flashy graphics, and Armada 2526 has hit this hands down. It would be a lie to say that the game does not suffer somewhat from the lack of graphically pleasing real time battles, however coupled with the turn-based sections of the game you’ll find yourself playing for ‘just one more turn’, and soon enough you’ll of lost hours of playtime sucked into the engaging world of space combat.

The real downside to the game is in the real time battles, which feel slightly tacked on, and are not very exciting when compared to most real time strategy titles. You may find yourself using the handy auto fight button to skip most fights that detract away from the genuine stimulation of the rest of the game. Granted the real-time battles can have some really good camera angles, however the standard top-down viewpoint just seems very stale, and unless you have some real epic battles going on, the game loses a lot of its thrill from these sections of the game.

As usual you have your basic skirmish mode where you can carry out real-time battles in space, which is really quite effective at gauging how each type of ship fares against another, and it is also quite fun to dominant a small defensive planet with your mighty 200+ strong attack force. 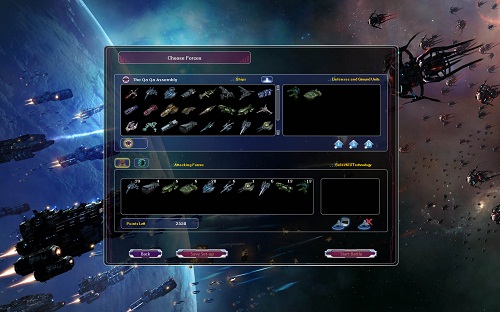 The best part of the game is the turn-based system which just seems to work on so many different levels, don’t just rule it out because you only like your strategy in real-time, because it’s the turn-based control that really draws you in, in Armada 2526.

In regards to the turn-based system, it feels as though the economy was not invested in as much as it could have. It was part of the design of the game to stay away from the enormities of economic micromanagement; however there could have been some more sources of income present in the game, slave camps would have been nice for the more aggressive of races for instance. This also brings up the issue that there is a lack of race specific ships, or technologies, races do have their own traits and victory conditions, however it is hard to want to play as an alien species that doesn’t have anything exclusive to offer you when you play as them.

A rather impressive aspect of Armada 2526 is the relatively calm chilled-out music which suited the turn-based sections perfectly; putting you in the right frame of mind, as you manage your colonies through the cold expanse of deep space.

What is great about Armada 2526 is that Bob Smith set out to create a game that would not take gamers years to finish, so battles can be made as long as you want them; if you just want a quick 2 player confrontation you can, however if you do wish to carry out a full-scale extermination of an entire galaxy you can fill the map will as many of the 12 races as you wish. 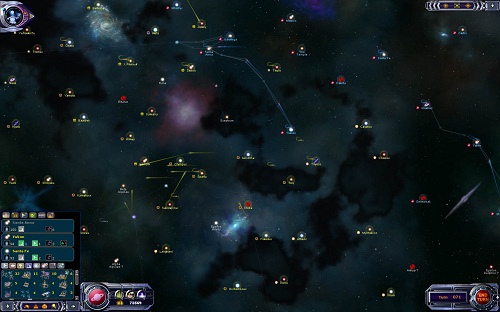 The most interesting fact about the custom game mode is that the maps you create can cater from anywhere from 2 players, to 104, with the possibility of hot seat gaming, and up to million turns, it’s obvious that you can take part in some epic battles, it’s just a shame that there are no real online capabilities. Also included in the game is a map editor, a great addition to the game that allows you to make your own star maps so you could easily create the Milky Way, or intuitive maps that require real strategic thinking, there is also a randomiser for those of you that just simply want a new galaxy to explore.

To be brutally honest the game plays like a low budget Total War title, however by all rights Armada 2526 is a very respectable strategy title, if the real time battles were a little more polished, the game would be a winner. With it's excellent turn-based system, Armada 2526 is definitely a game for strategy aficionados, but without a core multiplayer mode (other than hot-seat control) it is lacking somewhat.