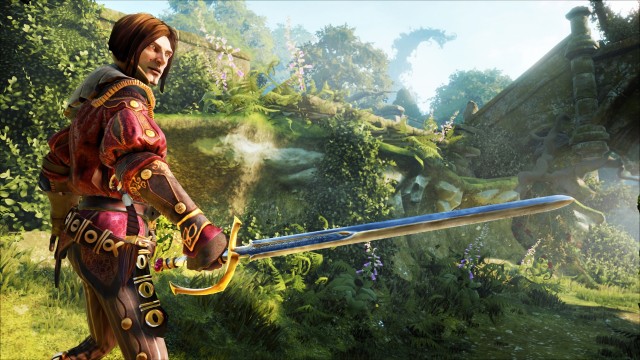 Along with a few other announcements at Gamescom, Microsoft have announced another exclusive title to the Xbox One lineup which could be very promising if they get it right.

With only a trailer to go on you can imagine what you want of the game, but the first thing I immediately thought of was DungeonLand, of course the dungeon master mechanic has been around for many many years but in terms of video games DungeonLand was one of the most recent games to attempt to utilise the dungeon master play style in a similar fashion to Legends. Well now Lionhead Studios are taking it on board while completing the release of Fable Anniversary.

For now the main things we know about Fable Legends is that it's an online only, four player co-operative game which also allows one player to take the seat of the villain, sending out evil minions or even setting traps and generally just doing your best to give your friends a hard time. However if you're short of friends or they aren't online at the time AI companions can take over the roles while you're alone.

I was looking forward to a potential Fable 4 announcement that would take advantage of the Xbox One's hardware and see something on an epic scale similar to The Witcher 3 but in Albion. But it seems like that's not the plan at the moment, but who knows maybe Fable Legends is going to be a massive game, or maybe Fable 4 will be their next project.