This weekend London's Excel center hosted the bi-annual MCM Expo, however the Sunday of the expo hosted a special announcement from Rising Star Games which saw Akai Katana Shin get an announcement for a European release date. 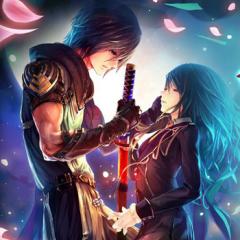 Rising Star Games released Deathsmiles earlier in the year and DoDonPachi Resurrection; their second partnership with CAVE is coming out at the end of the week exclusively for Xbox 360. Akai Katana Shin was released in May this year back in Japan, so we wonder if with Rising Star Games next announcement (fingers crossed there'll be one) is even closer to an original release date.

Similar to the release of Deathsmiles and DoDonPatchi Ressurection, Akai Katana Shin will be released as a special edition that includes the soundtrack, a voice pack download code and unique packaging to Europe. We've got our fingers crossed that we might get an exclusive mode, but for now it looks like it will be the same version as released in Japan earlier this year.

Set in a fictional time that mimics the Japanese industrial revolution, Akai Katana Shin sees the evil Emperor Basho utilising a new energy source, Guiding Ore, which allows him to develop the ‘Guiding Katana’ to take control of the nation. Using the Guiding Katana’s psychic abilities, Emperor Basho takes control of an elite battalion to wage war on neighbouring countries to continue his reign. The game sees you take control of a small squad of rebels to stand against the empire and take down Basho’s empire.

Akai Katana Shin is set for a release in the first half of 2012, so they're being quite reserved for announcing a more defined launch window, and it will once again be a title exclusive to Xbox 360, we can't wait to see a UK release, as will other shmup fans, saving us all the $60 to import a Japanese copy.