Excalibur Publishing have announced a new title to grace their simulator catalogue, and boy is it closing in on a specific niche! Every little boy wants to be a firefighter when they grow up, but how about an airport firefighter? No? Nowhere is as dangerous and at risk to fire than a modern airport; you wont find more travellers in as close proximity to such highly flammable fuel amongst other hazardous materials.

Even the most routine of actions such as refuelling an aircraft and managing cargo can turn into a disaster and its upto the airport firefighters to prevent a minor incident becoming a major inferno. You are given the opportunity to drive realistic renditions of specialist fire fighting vehicles across 20 km2 of airport, and each vehicle is complete with its own unique equipment to be used in service including the famed Panther.

It is just a shame that less appears to have been put into the location and setup of the fires compared to the detail in the vehicles. 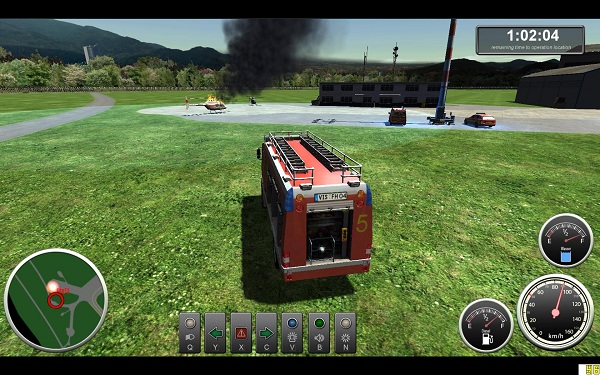 Airport Firefighter Simulator will be available in all good stores February 17th, whilst you might not be dealing with plane crashes, it looks to be a fairly solid sim for those that always wanted to put out a flaming plane.