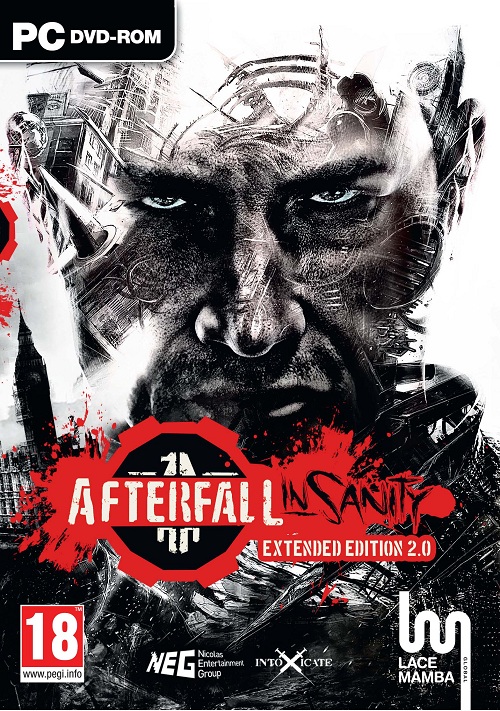 Nicolas Games SA and Polish developers Intoxicate Studios have tried to revive Afterfall: Insanity since its original release which didn’t go too well with the critics out there giving it a lower review average than they hoped. Unfortunately even though they have changed a few vital aspects there are still a number of problems left in the game. At its heart it's still a third person survival horror that follows the same story as before, and most of the changes are cosmetic or to improve gameplay.

As I did not play the previous version of Afterfall I was able to judge how the game played and how the story line evolved without comparing it to its original version. In ways it was a good chance to play the game with a fresh approach, however after checking what changes were made after I completed it, I was a bit concerned as the problems I found were concerning what was meant to have been updated. 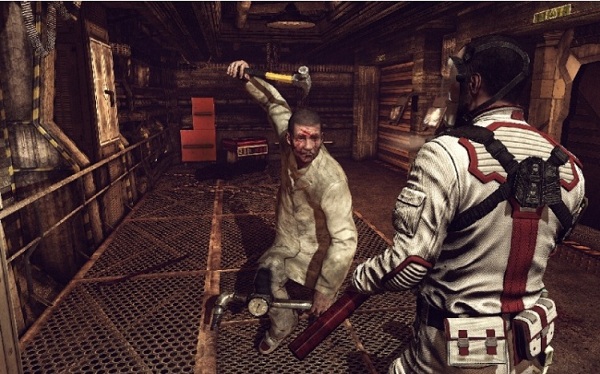 The story is set after humans have been forced to dwell in an underground bunker entitled Glory, after a huge global thermo-nuclear-war which has devastated the earth’s surface.

The feel of Afterfall: Insanity is similar to games such as Dead Space and Metro 2033 with a slight Fallout feel, from the dark and dingy corridors within the bunker. Then as the underground bunkers start to reveal themselves you're confronted by weird and deformed creatures running at you from the shadows, it did make me jump a couple of times when creatures jumped up from behind.

The protagonist within the story is resident psychiatrist Dr. Albert Tokaj and you step into his shoes and experience the aftermath of a man-made disaster. As Dr. Tokaj you are called into a meeting about an outbreak of a disease and you're the one asked to check it out. You then find out that the weird flesh-eating creatures in the sub-levels of the bunker may have previously been the residents. Unfortunately there are a few cutscenes early on which don’t make a huge amount of sense, it feels like they've thought of a great side story and forgotten to return to it and clarify its meaning.

At the start of the game, Afterfall: Insanity does not have the most original of plots, but as the game progresses on and gives hints of another civilisation, various twists start to appear, and it gets more interesting, although you'll have to play to around half way through the game, it's definitely worth it around the last act of the story.

As with most horror games you are challenged throughout with various typical situations such as low ammunition for weaponry, puzzle solving in-between the action, and ever so slightly similar environments. 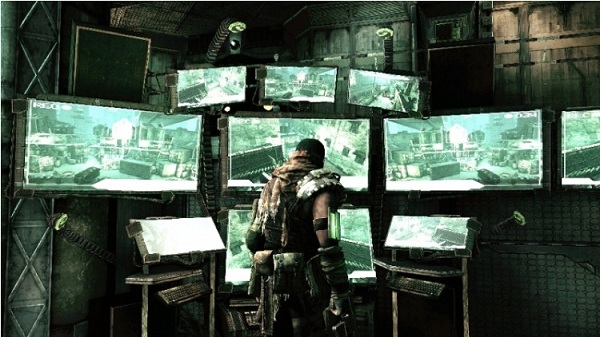 Because of the type of player I am the main problem I found was with the lack of ammunition for the guns. When you did finally get enough bullets to last a few shots you can go into the next chapter and lose all your weapons pretty much straight away. There were ammunition refill stations scattered around the environments and most were empty leaving you feeling full of despair.

Although if you didn’t have a shotgun, pistol or machine gun there is a near unlimited supply of melee weapons for use, from small bits of pipes to two-handed fireman axes, the axe was the most useful as it was quicker and more powerful than every other melee weapon. Of course they want you to favour melee over long range, however sometimes you don't want to get that up-close and personal with mutants.

Another issue I found was wanting to change weapon mid-fight, if you had run out of ammo on your pistol you couldn’t switch to your secondary weapon. Meanwhile to get your firearm out, you have to drop your melee weapon despite there being an inventory space available for it, so if you are trying to switch weapons quickly while you have a big-decaying-zombie running at you, prepare to get hit as the doctor takes his time.

The melee fighting aspect of the game wasn't what I really expected, the combat system was said to haven been made more dynamic. To me it seemed quite slow and clunky and a bit disappointing. The combat can be quite fun though because of the gruesome nature of it, and it becomes quite violent when you attack your enemies with the powerful axe, allowing you to chop off different body parts depending on where you hit them.

The puzzles throughout the game help change the pace from all the hacking and slashing, although some of them were hard to understand at first, if puzzles aren't your thing they may take a few deaths to figure. The puzzles are quite varied too so they keep you on your toes. 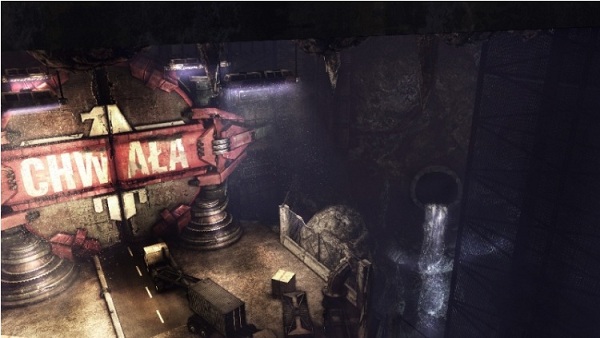 What Afterfall does suceed in is audio design, especially with how the sound interacts with the environment, and that's exactly what you want from a horror game. As soon as I saw myself heading down a gloomy corridor or if the action picked up, there would be music and sound effects to perfectly accompany it. Sometimes there would be the typical high pitched violin for when a creature pops out from the environment and hits you in the face. Of course the best way to put you on edge in some areas you'll hear the laughter of children or footsteps close by, but there's nothing there.

The developers attempt to give the game a more cinematic look and feel than most game, and throughout the cut scenes in the game there will be a number of different camera angles used. Sadly the voice acting wasn't as great, but to be fair there is a lot of worse voice acting out there.

I personally enjoyed most of the game but there were sections that frustrated me, such as the first boss which was badly balanced, as when you got hit to the ground it would take you so long to get up that the boss was already on top of you hitting you back down. It took me quite a few attempts to kill and gave me a bit of a negative first impression on the game.

All in all, the game was thrilling and the scare factor was spot on throughout the game, even if it was occasionally just jumpy scares. Unfortunately it was riddled with problems which dragged it under a bit. As for it being the Extended Edition I didn’t notice much of what they improved, but overall it is worth playing if you like your horror genres, just excuse the acting, and be patient with the storylines as they take a while to pick up pace.

The Afterfall: Insanity Extended Edition is available now in all good retail stores thanks to Lace Mamba Global, and digital distribution sites such as Steam. If you did play the original and were unsure if you wanted to pick up the Extended Edition you can see Intoxicate Studio's full list of changes on their website.