It's not every day that you find a third person adventure game created in the Unreal 3 engine, which is always even more astounding for indie developers as the usual games created in it will be more "Unreal" looking. But with more recent releases such as Enslaved Odyssey to the West, Hail to the Chimp or Magna Carta II developers are looking at other types of games to create with the powerful engine that Epic have created.

Well Vertigo Games BV have done just that with their newest series of episodic games Adam's Venture; a set of adventure games that have been developed in the Unreal 3 Engine. Episode one The Search for the Lost Garden was released back in June 2009 and now a little over a year later we're getting the second episode Solomon's Secret which we've luckily had the chance to preview just before its release.

After the events of the Lost Garden, Adam and Evelyn find themselves imprisoned in a Clairvaux plane, which is then followed by them being forced into a prison cell, the game then goes on from there and gives you control to figure out how to escape. Set in the lush environment of Jerusalem in the 1920s Adam and Evelyn find themselves amongst a plot to dig up King Solomon's lost treasure. Using only his wit and not resorting to violence Adam must brave his way across the city on their search for the Garden of Eden while trying not to get captured in the process. 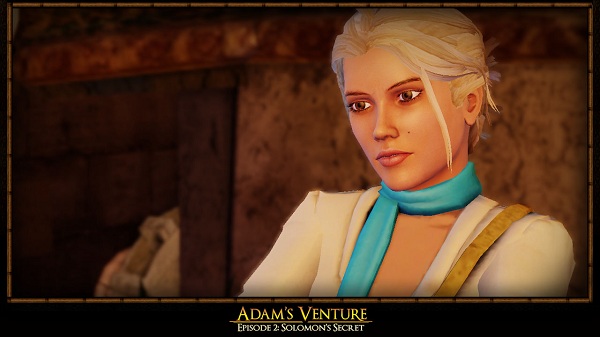 Visually the game is amazing, miles better than I originally envisioned it to be, not that I thought the game would be terrible but I was blown away by the sheer effort that had been put into making the product that I had in front of me. The models and animations for Adam and Evelyn have obviously had a lot of hard work and love put into them. This all sits well among the detailed environments which show a lot of meticulous effort, and sit nicely alongside the whole game without any instances of things feeling out of place, which is usually hard for an adventure game to not feature. However their way of highlighting an interactable object is by using some small green particles that emanate from it, which sadly detract a little from the game but do help point out what you need to pick up as otherwise it may be like finding a needle in a haystack at times.

An aspect that the Unreal 3 Engine can handle greatly is lighting and shadows, these basic elements of a game are generally one thing that adventure games miss out because of how they create their environments, however this is something that Adam's Quest excels with. Creating dynamic shadows for the characters as well as beautiful lighting throughout all the games' environments. Unreal also helps with adding little bits of polish to the game with particle effects of dust flying around in the light and other little things here and there. 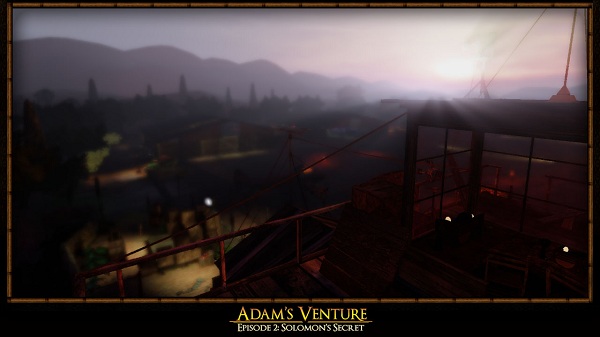 Sadly the only downside of the game is that at times the voice acting is a little less than perfect, sometimes the expression in the voices seem a little lacking, but this isn't all the way throughout the game. This is also paired with lots of harmless cheesy little jokes, although at times the script can be quite funny and it seems to fit the characters really well with their banter between each other. The music of the game fits nicely alongside the setting and I cannot find a single fault with the different pieces of music you hear in the different environments to help emphasise the tension or relaxation of their then current situation. 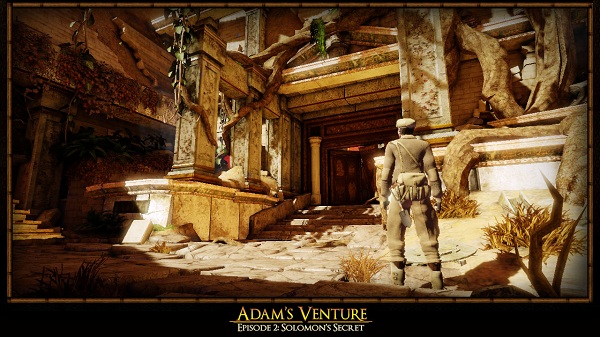 As well as major plot happenings the game features lots of nice little incidental pieces which add more character to the background and create a believable world. Whether it be a little mouse in the foreground cleaning his face or some Clairvaux henchmen running around to find Adam in the background. There's generally at least something moving around helping to keep the scene alive. You will also be able to find chests in the game that contain secret words that give you bonus content on the Adam's Venture website.

Sadly my preview of the game was quite short, leaving me wanting to play more, when getting past the sometimes cheesy dialogue you've got a solid adventure game full of simple puzzles and an absolutely beautiful environment to run around in. I cannot wait to play the full episode and see the conclusion of Adam's adventure.

Adam's Venture II will be available on Windows on March 25th, and we recommend if you can't wait till then and haven't played Adam's Venture I: The Search for the Lost Garden that you should pick it up in mean time, it may not look as polished but it'll fill in everything story wise up until episode II.