After having the chance to preview Adam's Venture II back in January I leapt at the chance to review it after really enjoying the preview build that I was given the opportunity to play. Vertigo Games BV are a small studio based in the Netherlands who seem to have some great ideas and people under their belt. Having so far released two episodes in the Adam's Venture series they also have some other games in development, especially the very interesting looking Nomos. 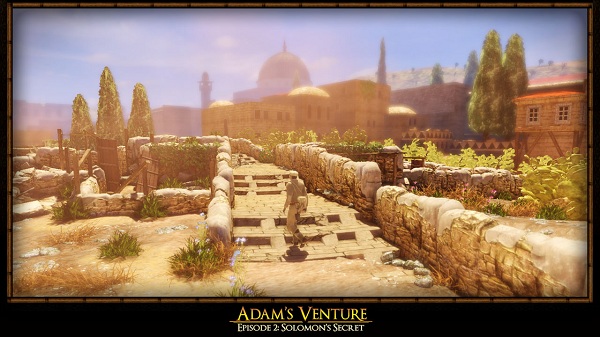 Adam's Venture II: Solomon's Secret follows on after the events of the Lost Garden, Adam and Evelyn find themselves imprisoned in a Clairvaux plane, which is then followed by them being forced into a prison cell, the game then goes on from there and gives you control to figure out how to escape. Set in the lush environment of Jerusalem in the 1920s Adam and Evelyn find themselves amongst a plot to dig up King Solomon's lost treasure. Using only his wit and not resorting to violence Adam must brave his way across the city on their search for the Garden of Eden while trying not to get captured in the process.

One thing that is important for anyone considering picking up the game, is that you need to know that it has been made in the Unreal 3 Engine. So it is slightly more demanding than your average point and click, plus it uses the engine to its advantage, looking miles better than most other 3D adventure games by using a great depth of field, shadows and point lights. Really showing that Unreal isn't just best used for a first or third person shooter. Taking advantage of a usual adventure game convention of static cameras translates well into Unreal, allowing some great pans or interesting angles, sadly though these contrasting camera angles can cause confusion with the controls at times. 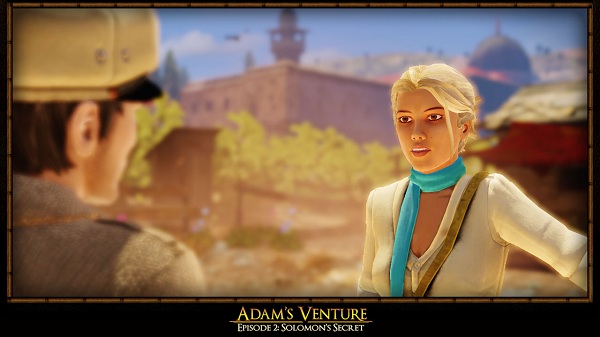 You never really meet any new characters in Solomon's Secret, Adam and Evelyn are the main focus of the game, other non-playable characters crop up at times for very short moments in time, but names are never really mentioned more than once, in the end the story is about these two on their adventure, it's just a shame that nobody else is really involved, other than the Clairvaux.

Adam is still pretty cheesy when it comes to jokes and Evelyn is the slightly more serious of the characters, but they do fit well together and their silly banter really makes them feel like a couple who are destined to be together, just like out of a nice little RomCom. Although their chattering between each other is cute at times the voice acting can sometimes seem a little off, be it through a lack of expression or the delivery of the lines. However after playing through the game all the way from start to finish Evelyn feels a little less whiney than I felt originally at the start of the game, but I still did find her quite annoying at times. Not all the audio has flaws though, the music throughout the game fits alongside the experience and works well when connoting the situation that the characters are in. 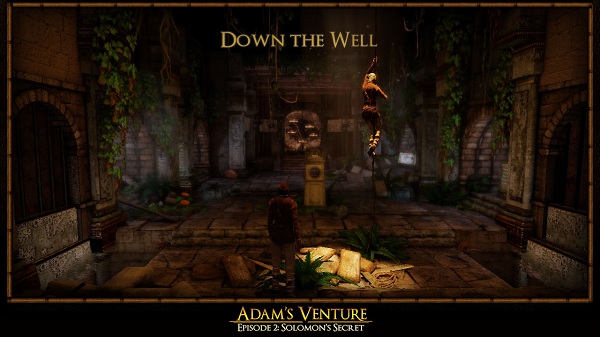 Sadly with a lot of adventure games going down the episode route as of recent it means much shorter game experiences than what you may be used to when wanting to sit down to a great challenging game. Unfortunately I finished Adam's Venture II quite quickly, however I did get to play through a large segment of the game back when I previewed it, so I knew a large portion of what I was doing already. Just like the preview though I was left wanting more, and was disappointed when the story ended as I wanted to see what happened. Hopefully episode III isn't too far away from being completed, as I for one cannot wait to see what happens next.

Adam's Venture II Solomon's Secret is now available for Windows as a boxed product or via digital download methods and holds a retail price of around £24.99 dependent on where you purchase it from.