Cyanide Studio have unveiled screenshots of their upcoming Rackham based strategy Aarklash: Legacy showing off a little of the tactical combat in the game, it might not be as good as a trailer, but you should learn to make do with what you were given. 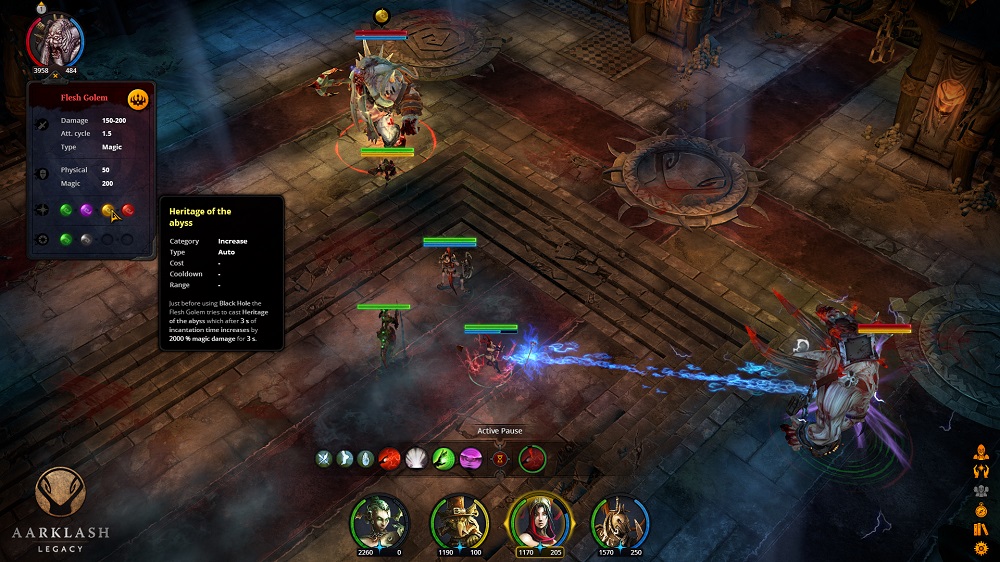 The screenshot doesn't give too much away, apart from queued attacks, and the information available on enemies, however there are a selection of new screenshots available for your perusal on Aarklash: Legacy's Facebook page.

Similar to their release of Confrontation, tactical combat is at the heart of the game, and players will have the ability to pause during combat to plan the actions of each of their units in order to take down their enemy.

Positioning will be key in Aarklash: Legacy where taking a step to the right may avoid powerful spells of enemy magicians and stop you from giving health to enemy units, its great to see games effectively pulling this off, after all you shouldn't be able to heal in a radius that only affects your friendly team.

Similar to Confrontation you'll find yourself with a sizeable roster to chose from with every mission, with eight different fighters ranging from Healers to mighty Orcs all of which can complement other team members skills and abilities.

If you’re interested in joining in on the epic quest with heroes Nella, Denzil, Wendaroo and their partners, Aarklash: Legacy is scheduled for a release during Q3 of 2013 for Windows PC.