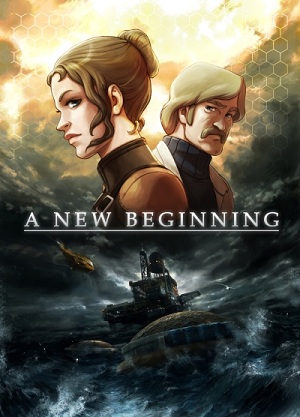 Daedalic Entertainment are certainly making a name for themselves with critically acclaimed games such as The Whispered World, Edna and Harvey and Deponia, however not all of their games are a fantastical and lighthearted affair, enter A New Beginning, set in a post-apocalyptic future with the world on the brink of destruction because of the choices made in the past.

The Earth has one last hope; The Phoenix Plan. Thought up by a collective of scientists, The Phoenix Plan puts the future of the world in the belief that the only way to fix their imminent demise is to take a step back in the past, thanks to that big old elephant in the room, climate change.

The Phoenix Plan will take the group of time travellers to 2050 and 1982, however unfortunately unlike the great Day of the Tentacle, time travel does not actually play a very large part in the game; you won't find yourself switching from time period to time period to right wrongs, quite from it in fact, and most of the game is actually spent in 1982 with the two main characters, time travel pilot Fay and Bent Svensson the man who is responsible for saving the world.

Alright so that's a little overly dramatic, but it's the way the game plays out, the story is largely over dramatic. But in all fairness, they're just trying to get the theme across, after all, half of the challenge in A New Beginning is simply to convince everyone to accept the future fate of the world, and what will happen if simply nothing is done. This pretty much becomes the running theme of the game, and those that do not believe in climate change may get a little frustrated.

However, it's interesting to note that the life's work of the retired Bent Svensson is actually rooted in fact, and his fossil fuel alternative that doesn't quite hit it off is the renewable source of energy that is algae, and the Phoenix Plan's goal is to ensure that the energy source of algae is accepted in the 1980s over nuclear power in the hope to prolong the life expectancy of planet Earth, the only problem is Bent Svensson gave up on it years ago. 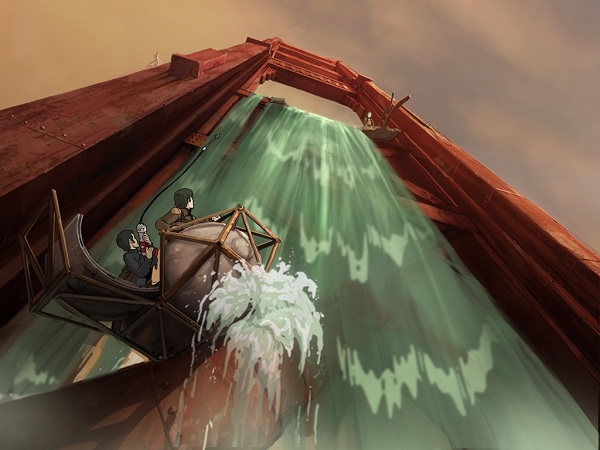 At times the motivations of the characters do seem a little off, but the mix of Fay's naivety and Bent's stubborn nature is marvellous concoction strengthens the character development and relationship between the two, not to mention the surprising twist which all helps you to shortly ignore any niggling issues that leave a slightly sour taste.

As point-and-clicks go, A New Beginning is not particularly tasking, there are a number of logical puzzles throughout, that will challenge you at first but aren't as difficult as they first seem, which leave you feeling distinctly satisfied when you figure them out, and whilst you shouldn't get too stuck on any of the main puzzles, there is a handy skip button if you just can't get your head around disarming a bomb correctly, or how to make a cube.

However A New Beginning is not bursting full of progressive puzzles, and most of the game is filled with classic combination dilemmas, which can get a little obscure every now and again, but you just have to think a bit like McGuyver in most situations, just making do with very little and fashioning all sorts out of the bits and bobs lying around, thankfully point and clicks do appear to be moving away from the obscurities of Gabriel Knight 3: Blood of the Sacred. 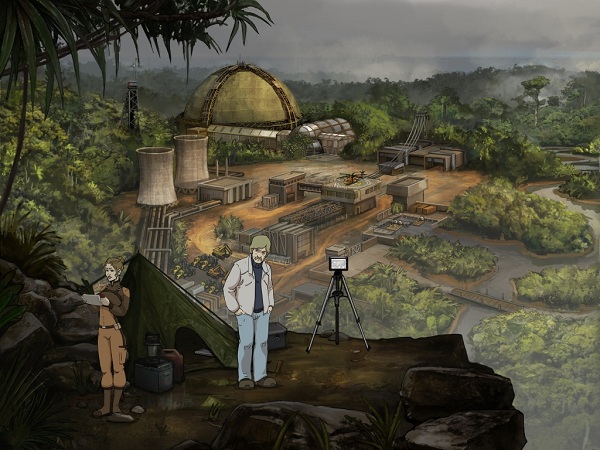 Like the best of the adventure game scene, A New Beginning is full of beautifully hand drawn backdrops, characters and situations, these are all accompanied by comic strip style cutscenes, the animations on show do not quite live up to Daedalic's other games, however some of the environments on show are absolutely stunning, particularly the ravaged San Francisco.

Surprisingly whilst the art style is exquisitely rich, the game is also supported by a heart-wrenchingly sombre soundtrack that is quietly subtle as you pass through a world left in destruction, and yet aptly tense in the apprehensive hurdles of the past. Not everything is perfect concerning the audio of the game however, and unfortunately it is let down by the voice acting which can be somewhat forced at times.

With the value for money decreasing as time goes on, due to current generation graphics we live in an age of 4 hour playthroughs, however A New Beginning is satisfyingly lengthy, and whilst like most adventure games it remains pretty linear, the story will keep you going for well over 10 hours, better yet there's rarely a dull moment, and the pacing of the story is admirable. 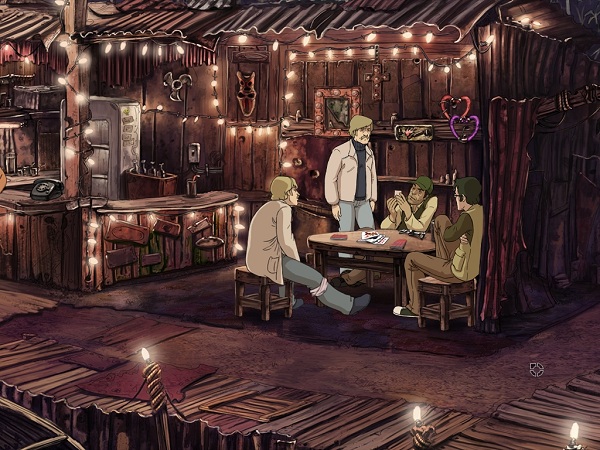 A New Beginning is a great example of a very serious adventure game that also proves to be entertaining, its science fiction undertones and scientific roots make it an enjoyable affair, but it is unfortunately marred by a variety of technical issues.

A New Beginning - The Final Cut is available now on Steam for the very reasonable price of £7.99, the final cut includes improved stability, Mac support, achievements and full localisation in English, German, French and Russian, with text localisation for Italian, Spanish and Polish!