There's a lot of games out there that like to show off just how tough the are, the developers at Bloober Team tasked gamers with the seemingly easy challenge of gaining 100% completion in their latest game A-Men 2 with the prize of a Playstation 4 or Playstation Vita, sounds straightforward right?

Its not quite as easy as you'd think, A-Men 2 is a puzzle platformer where your group of three soldiers must work together to reach the goal at the very end, that's a simple way of putting it, in A-Men 2 you must traverse through a number of insanely challenging levels and get your three army personnel from their point of origin to the extraction zone, in order to do so you must take out enemy soldiers with variety of special moves and collaboration, but that won't gain you 100%. 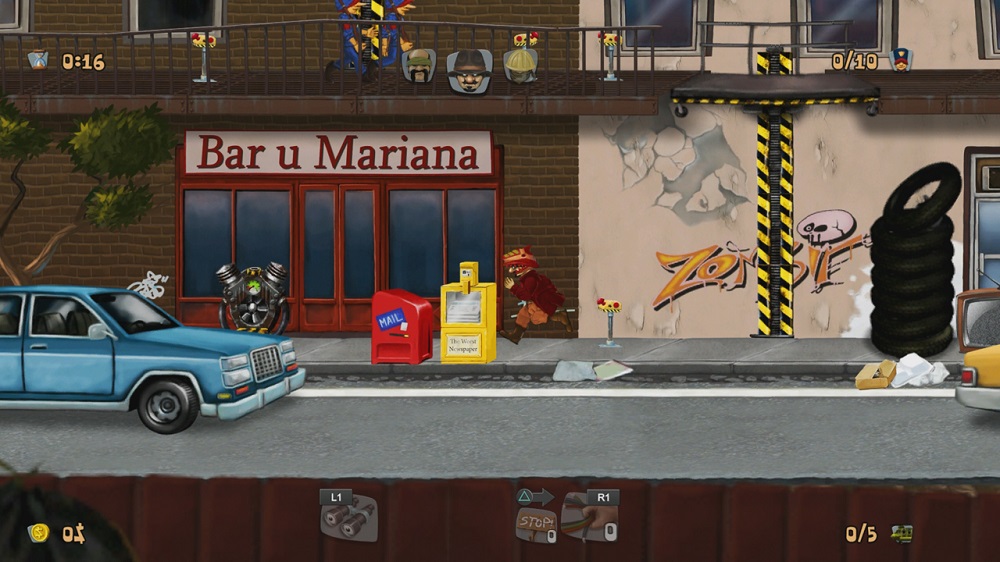 Collaboration in A-Men 2 is not something that can be performed with a couple of players, A-Men 2 is a single player experience, so in order to successfully conquer a level you must switch between each character and fulfil the objectives required of them, the puzzle you must solve is that in each level there are a selection of different army men that you will be given such as the Spy, Engineer or Commando, each is blessed with two different unique actions that must be utilised in a level in order to progress past obstacles and through enemies.

Some may see similarities in the game to the brilliant puzzle platformer The Lost Vikings, except with a few less puns, spoken humour and well, Vikings. The standard 'puzzling' gameplay can leave you scratching your head on some levels as you figure out how you can combine the expertise of your men to reach the extraction zone in the most efficient way possible, however players are also presented with the challenge of bonus objectives (see the 100% challenge from earlier), now these are entirely optional but if you have a problem with your placement in the global leaderboard then you may just want to take them on which is by no means an easy feat; objectives can range from killing all of the enemies, finishing the level in a ridiculous amount of time, or even killing your very first enemy in less than a split second, ok so that one was a bit of an overstatement, but you get the idea!

So the game's pretty darn tough, and you'll often find yourself cursing at the skies because of that enemy that spotted you, perhaps slipping down a chasm or even something as silly as firing your only bullet, but there are also some incredibly frustrating issues that the game exhibits; most obvious of all is the somewhat floaty jump of your army men, which takes a painfully long time to master, until then you may find yourself having trouble fulfilling such simple tasks as jumping on top of a box. 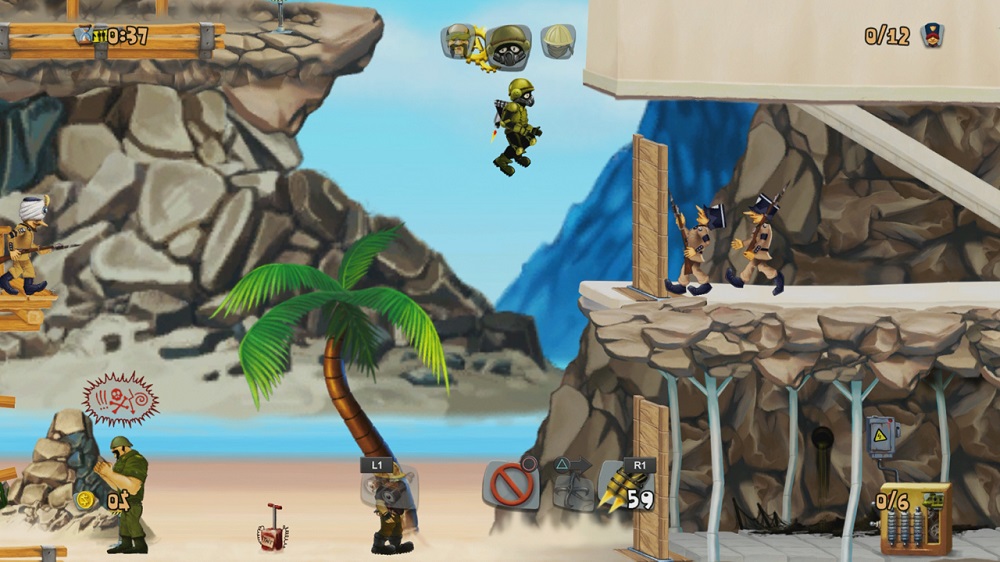 A-Men 2 is also particularly unintuitive; there's no form of signalling in levels which often leads to you wandering around aimlessly as you attempt to piece together what you are supposed to be doing; whilst some may find this intensely engaging, others like myself may find it frustrating, especially when you are killed so often than exploration seems almost discouraged!

When you do figure out what you need to be doing, A-Men 2 does succeed in being satisfyingly rewarding, and whilst there is usually no chance in hell that you'll manage to successfully complete a level the first time you play it, but if you do, the elation is pretty darn majestic, it's just a shame that the levels are put together in such a way that it never feels like it's possible to stumble upon your solution without dying whilst you're at it.

It's not completely all bad though, the game does have a particularly unique art style that is endearing in some respects, and the quirky puppet-like style of the characters even fits with the floaty jump. Then of course there's the quirky music which begins as pretty fun and upbeat, but if you do happen to get stuck on a level it won't be long before you find it a bit frustratingly repetitive.

A-Men 2 unfortunately misses the bar that The Lost Vikings set for the multiple-character based puzzle platformer, and alongside it's floaty jump, repetitive music and somewhat frustratingly obtuse puzzles it had me desiring a bit of a helping hand. If you have immense patience, and perhaps have mastered more than a few floaty jumps in your time, then you may find a puzzle game hidden inside worthy of sinking your claws into.