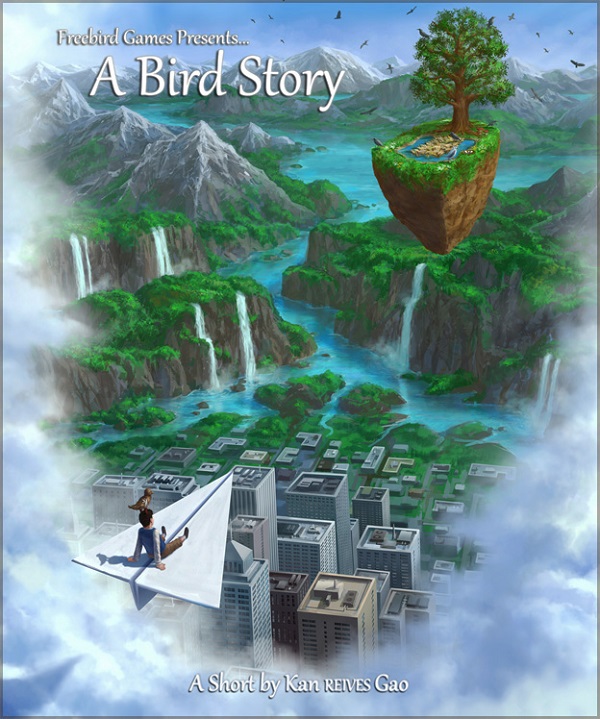 Freebird Games have announced its newest title following on from the success of its humble story driven adventure To The Moon, in the same tradition as their first title, their next game entitled A Bird Story is a narrative-driven top-down adventure with emotional implications. A Bird Story is a short PC adventure game about a boy and an injured bird, and takes place across a mix of memories and dreams delivering a tale that can be universally understood thanks to its lack of dialogue.

You may be somewhat disappointed to hear that A Bird Story will not be as long as To The Moon, however it is acting as a bridge to episode 2 in the series, and the boy in the story will grow up to be the elderly patient in episode 2 that follows on from To The Moon. Don’t go thinking you’ll be getting unfinished work however, as the game is completely standalone, and is meant to be enjoyed as an individual story.

Once again, the original soundtrack will be composed by Kan, and he’s very kindly released a preview of the title theme to enjoy whilst you wait.

Bird Story is scheduled for a release during 2013 for PC, we fell in love with To The Moon, and cannot wait to be captivated by Kan Gao’s latest story.