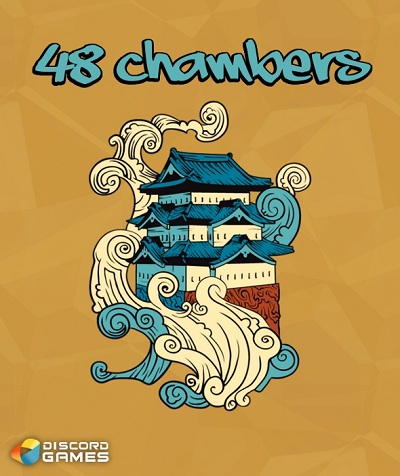 Discord Games have released their new indie title 48 Chambers today for Windows PC and the Xbox Live Indie Marketplace. Available worldwide, you can check out the trailer for their first multi-platform launch, and you can just guess that they are making it look easy!

48 Chambers is a simple, but challenging 2D puzzle game of sorts that focuses around movement and split second timing, and you’ll need to race against the clock collecting orbs whilst dodging bullets, blades, spike pits and more in an attempt to reach the next chamber.

Now this is no easy feat, and its obvious from the launch trailer that 48 Chambers has definitely found inspiration in The Hardest Game in the World, they've even had to patch in a casual mode with infinite lives in case you pull too much of your hair out in frustration.

48 Chambers is available now from the Xbox Indie Marketplace for 80 MS Points, and for Windows through Desura and Indievania for $3. Also available on Discord’s website is the Supporter Edition which can be purchased for $5 which will go towards funding their next game and includes a Special Edition Soundtrack, art pack, credit as a Supporter in their next game alongside Beta access into their next game and their eternal gratitude!