A game that has been on my radar ever since it was announced is 3D Dot Game Heroes, developed by the epic From Software comes this heroic tale of... 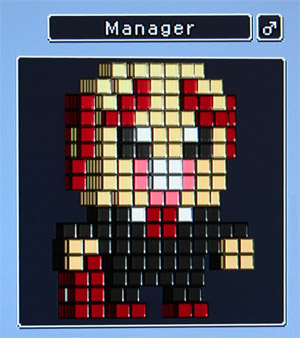 The Manager! Armed with your trusty briefcase and receding hairline, the king has asked for your presence in his castle, asking you to perform a very special duty, Dotnia is in trouble and only one can help save it.

That’s who I chose to play as, the manager, a red haired, receding hairline, businessman, why I hear you ask?

Because I could! 3D Dot Game Heroes has a large array of characters to choose from, you could play as a bog standard hero, or a shark, a ninja or even father Christmas, the list of characters you are given to choose from is almost endless, but what’s that I hear you say? 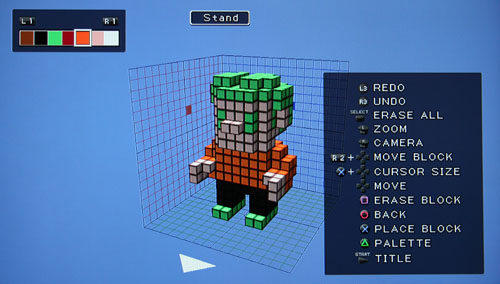 Be prepared to be blown away by its stunning graphics, which you wouldn’t expect for a 3D 2D game, at times it almost made me feel like I was playing a game with stop motion animation, as it’s quite an odd thing to watch large pixels animate in 3D. 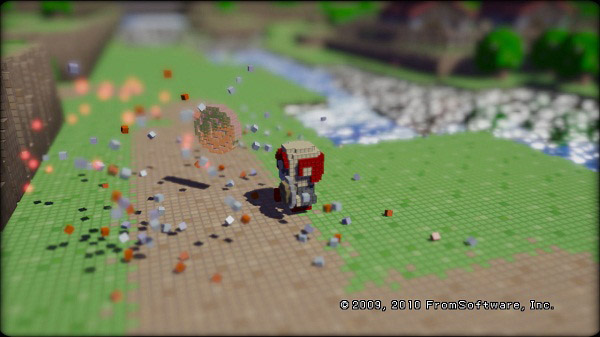 One funny point that the game entails (of many funny moments we can assure you) is the sword that your hero wields. When at full health your sword is comically large, so large that it can almost span from one side of the screen to another, this is ideal for taking out bad guys, especially when you sweep the sword round, taking out anyone causing a threat to your epic adventure. 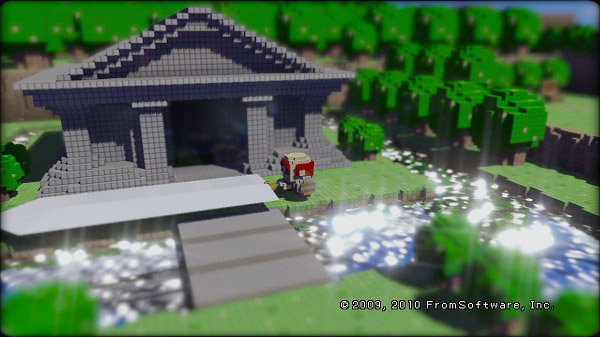 If you are a fan of 2D RPGs from the SNES era, 3D Dot Game Heroes is just that, except that everyone decided to turn 3D.

Gamecast are really in love with this game, and we look forward to reviewing 3D Dot Game Heroes and explain exactly why you must own this game. We would also like to thank SouthPeak Games for picking up 3D Dot Game Heroes, as otherwise a European release may have never happened.